The History of the ADDA 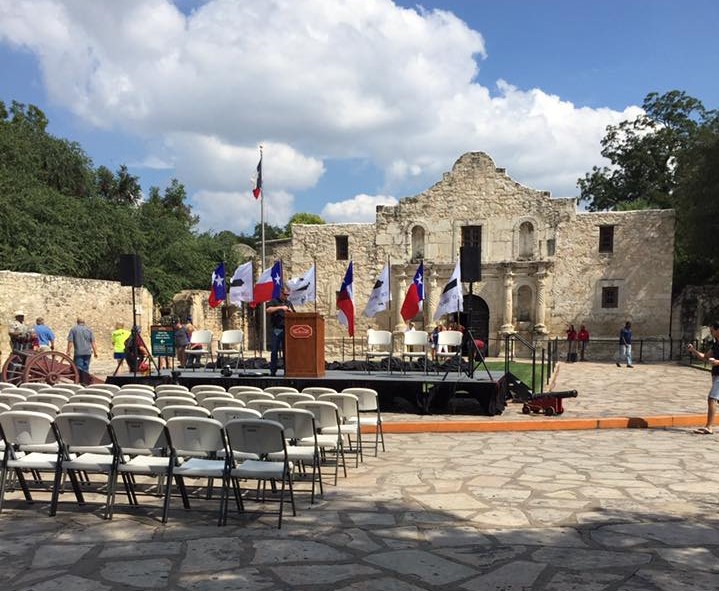 Lee Spencer-White still remembers her first visit to the Alamo at the age of 8. She remembers how her eyes filled with tears as she heard of the fate of those heroic defenders. She remembers going outside a few moments later and gazing up at the names on the cenotaph. While scanning the names on the memorial, the name Gordon C. Jennings, caught her attention. The name Jennings was a familiar family name. For a brief moment, she wondered if there was any relationship. She never dreamed that years later she would discover that she was a direct descendant of this same Gordon C. Jennings.

Mrs. Jack Mitchell, a family member and genealogist, approached Lee in 1985 with documents she had collected through many years of research. These documents proved Lee's direct link to Gordon C. Jennings. Moved by emotion and desiring to contribute to the Alamo and its history, Lee inquired as to how to join the Alamo family group. She was informed there was no Alamo family group. The only Alamo organizations known at the time were the "Old Three Hundred" and the "Daughters of the Republic of Texas." She joined the DRT and became the Third-Vice President on the Board of Management in 1993.

It was a turbulent year in 1993 for the Alamo Plaza. Some critics were threatening to remove the cenotaph. Lee attended many meetings where local businessmen and politicians were attempting to decide the fate of the hallowed ground. At that moment she felt that true defender descendants should have a voice. She believed they should be included in all the decision-making where the Alamo and its battleground were concerned.

Significant Dates for the ADDA

(Suggested Reading: For further info on Captain Samuel H. Walker, Texas Ranger Tales, by Mike Cox; other books mentioning descendants are: Alamo Legacy by Ron Jackson, Alamo Almanac by Bill Chemercka, and The Search for an Alamo Soldier by Bob and Doris Bowman. Another excellent source is Three Roads to the Alamo by William Davis and for viewing, "The Alamo" by the History Channel.)